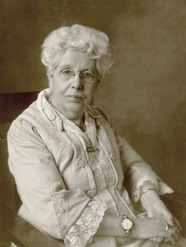 The term 'Co-freemasonry' goes back to the beginning of the 20th century. At that time the use of "co" was used to indicated an organisation such as a school, for example, being for both genders. Therefore Co-masonry or Co-freemasonry is a form of freemasonry that admits women as members on an equal basis with men. Co-masonry has been in existence in Great Britain since the early 1900's when it was brought to the UK by the well known Author, Theosophist and Social Activist Annie Besant. Freemasonry is, we are taught, a successor to the Ancient Mystery Schools and when they were operative both men and women were admitted equally. It therefore seems logical to admit men and women equally.﻿﻿﻿

Co-Freemasonry is founded upon three Grand Principles: - Brotherly Love, Truth and Relief (Charity) and membership is not restricted on grounds of religion, gender, or social background. Our Lodge is populated by﻿ both men and women equally from all areas of society. 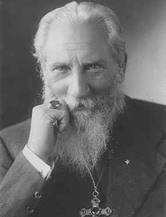 C.W. Leadbeater, eminent Co-Masonic Author
We may all come from different backgrounds and have differing religious or spiritual beliefs, but we are united in our belief in a 'Supreme Being', and through the desire to improve ourselves morally and spiritually, following a fully contacted and true initiatory path of Service.